H2H – Let’s begin with CAUSE

Across these four months of H2H – introduced here – we want to raise awareness of the issues that could be impacting your wellbeing, let you know that you’re not alone and most importantly, help you to take action.

Stress, anger, anxiety and addiction may be some of the first things springing to mind. However, in Month 1, I want to begin by lifting the lid to understand what’s really going on and causing these feelings and behaviours.

Here’s a question for you – do you call it a jam or jelly piece? Do you go to the cash machine or cosh machine? And do you know or do you ken? For the Scot’s among us, our answer will depend on where and how we grew up.

It doesn’t stop at figures of speech. Whether you’re outgoing or introverted, whether you respond or react, whether you’re calm or volatile, this is largely shaped by your upbringing and experiences in life.

As children, our brains are not fully formed to make complex, rational decisions. Instead, we work from the premise that if it makes us feel okay, we do it. We learn by observing, mimicking and doing. If the outcome is one that we like, we keep doing and it becomes automatic.

The simple truth is our childhood, the environment we grew up in and the people we spent most of our time with, shaped who we are and what we believe. Those beliefs shape our feelings and how we respond or react to situations and people.

Normally, as we grow up so do our responses and behaviours. However, sometimes, we get stuck on behaving like a younger version of ourselves.

I was raised in Kilmarnock in The Scheme. My upbringing was fun but I had to be street smart. I, like all children, copied the behaviours of those around me, learning to act tough to fit in and survive even though I hated violence and meanness.

At 17, I was given an amazing opportunity to do an athletic scholarship in America. When a kind American girl tried to give me some advice, I thought she was trying to make fun of me because that’s what I had learned growing up. My response was to give her a good old Scottish tongue lashing.

Afterwards, I tried to play it off as joking – if you didn’t find it funny, it’s your problem – because that’s what I had learned. It wasn’t until someone challenged me on it that I even considered I might’ve overreacted and that I could’ve handled the situation differently. That my behaviour was actually the problem and not the girl. That what I had learned as a standard response from my upbringing had actually hurt someone who was trying to help me.

Looking back as a psychologist, this was my first experience of challenging my learned behaviour and it was the beginning of an incredible path of self-discovery. From then on, I realised the skills, behaviours and habits learned in childhood were important then but I didn’t need to take them all with me. In fact, I could choose my future.

You are not your past

Some of you might get easily annoyed or overreact for no apparent reason. Some of you will experience occasional or frequent anxiety, depression or addiction, but won’t really know why.

Some of you will accept these things because you always lose the head when I’m stressed or you’ve always suffered from anxiety. What would happen if you asked yourself why and made a commitment to change?

For some people, the why will be very obvious – a significant event such as PTSD, violence or abuse. For others, you won’t even realise there is a why. You might reflect on your childhood and believe you had a great upbringing, but dig a little deeper and you had an overly aggressive father or an extremely timid mother. You may have been the victim of sibling bullying. Or your tough but character-building upbringing has left its mark on you mentally and physically – you just haven’t realised it yet.

This could be why a certain type of person makes you react in a specific way, why you freeze when your phone rings at a certain time or why the thought of talking to your bank sends you into a panic.

The same rule applies in early adulthood. You may be guilty of not sticking up for yourself because your very first boss was overly critical and so you go through life living to meet others’ expectations – this is called the Pygmalion Effect which I’ll discuss later in the campaign.

All these experiences in life set the tone for how we’ll treat others and how we’ll allow others to treat us. Without making the connections, we’ll continue to respond automatically and stumble through life never knowing why these things keep happening.

The great news is once you recognise these behaviours in yourself, you can change them too.

What can you do?

Make the connections. Look back at your childhood, the people who influenced you and their behaviours. Are your responses and reactions things that you mimicked growing up? Could these learned responses be controlling your life without you even realising it?

Understanding these connections will help you to see the behaviours that are controlling your life and will allow you to consider your choices as an adult rather than allowing the child in you to automatically respond.

This can be a tough exercise so it’s important that you understand that you are not your past, your parents or your upbringing. You also don’t need to accept that it must be that way, just because it’s the only way you’ve known to date.

It’s absolutely critical that you only look back in order to move forward. Some of us know exactly why we do what we do, keep blaming our past and telling ourselves the same old shitty stories. This doesn’t help at all – a scab never heals if we keep on picking it.

The choice is yours. You can live in blissful ignorance or simmering resentment. You can carry on those same behaviours and generational curses or create a new more positive legacy for yourself and those around you. To start, you just need to ask yourself why?

Until the next time

I’ll be popping up here and on Facebook, Instagram and Twitter on Mondays, Wednesdays and Fridays. Keep an eye out for my video next Wednesday where I will explore this subject in more detail and share sources of further information and support along the way.

The Kris Boyd Charity has been set up to help those suffering with mental health issues, so they can find someone to talk to and get help.
We are officially known as The Kris Boyd Charity. We are a Registered Charity In Scotland for The Advancement of Health. Our Scottish Charity Number is SCO47532. 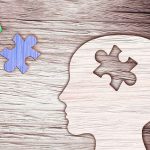 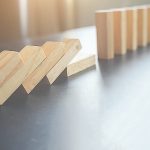